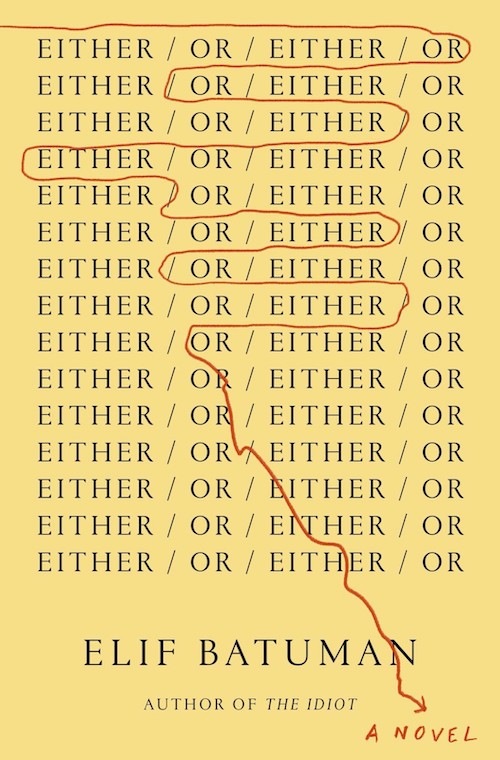 This is a complicated book for me to think about, for very straightforward reasons: I went to college with Elif Batuman, and spent my sophomore year living in the same dormitory that the protagonist of Batuman’s novel lives in, as did Batuman herself; that summer, I worked as an editor for the travel guide that her protagonist goes to Turkey to write for. While I wasn’t a close friend of Elif Batuman, I was (and still am!) friends with some of her friends. This matters because many of the details in Batuman’s novels accord with my (admittedly hazy!) recollections of the same period, where they overlapped; names have been changed, but if they had not, I would have happily accepted this if it had been published as a memoir. I read later sections of this books hoping that I wouldn’t turn up in the background doing the sort of idiotic things I was prone to doing at that point in my life.

All of which is to say that my reading of this book is going to be very different from the way most people read this book: it’s something of a roman à clef for me, as I can read it and remember the computer lab that Selin is sitting in, a computer lab that I also spent a lot of time sitting in; I understand the (rather uninteresting) historical contingencies that lead to the unexplained appearance of a bunch of random jocks; I see that someone who shared their name with a plant in real life has their fictional approximation given the name of another plant. The first Singaporean I ever met – a flamboyantly gay man who threw good parties and, in retrospect, gave me entirely the wrong idea aobut Singapore – has the name he shared with the hero of a medieval romance swapped for the name of the hero of another medieval romance. There’s a certain pleasure in this – many of these are people and places that I had not thought about in years – but it’s ultimately immaterial to what’s going on in the book. (Some bits of period detail might be more generally interesting: this book depicts the way the Internet was used in the instant before the web took over everything and wifi made it omnipresent: a degree of ignorance was still possible which seems impossibly distant when viewed from the present.)

What’s interesting here – and wasn’t so much the case in The Idiot, the book that preceded this one – is a textual interest in what makes a story fiction:

It wasn’t until high school, when I took my first creative writing class, that I began to sense trouble. I realized, with shock, that I wasn’t good at creative writing. I was good at grammar and arguing, at remembering things people said, and at making stressful situations seem funny. But it turned out these weren’t the skills you needed in order to invent quirky people and give them arcs of desire. I already had my hands full writing about the people I actually knew, and all the things they said. That was what I needed writing for. Now I had to invent extra people and think of things for them to say?

The whole time everything had been happening with Ivan, I had always been writing about it in my notebook, or on the computer, and sometimes I wondered whether I would ever turn those pages into a novel. The thought made me feel ashamed. It felt shameful to be so unartistic and self-obsessed, to not want to invent richly fictional characters. It felt shameful to write a whole book about Ivan. What if he found out?

A bit later in the same passage, where the narrator is reflection on Nadja:

. . . here was André Breton, saying just the opposite: “I insist on knowing the names, on being interested only in books left ajar, like doors; I will not go looking for keys.” All the work-arounds I thought I had invented—turning two real people into one “fictional” “character,” turning one real person into two characters, changing people’s appearances and nationalities—he already knew about, and viewed as base tricks. He seemed proud of not changing anything, including himself.

I wished I could write a book like that about Nadja, where I could explain each line, and how it applied in such a specific way to things that had happened in my life. I knew that nobody would want to read such a book; people would die of boredom. Why was it that science and history could be boring, but other books couldn’t?

Characterization in this book is often through other books. This comes to a head at the end, where the narrator is reading The Portrait of a Lady:

. . . . In Isabel’s case, the death she postponed wasn’t her own, but Ralph’s, and she was living the stories, rather than narrating them. But as she lived them, they were narrated. They became the book you were reading right now.

Later in Selin’s consideration of the relationship between the characters, authors, and books – it feels a bit like Don Quixote is hovering over this:

And finally a quote from Portrait itself:

Now that she was in the secret, now that she knew something that so much concerned her, and the eclipse of which had made life resemble an attempt to play whist with an imperfect pack of cards, the truth of things, their mutual relations, their meaning, and for the most part their horror, rose before her with a kind of architectural vastness.

There’s more to unpack here, but I think it’s worth pointing out that this is more of a self-conscious Künstlerroman than any kind of memoir. One might find an inverted version of this book in The Education of Henry Adams, a book that’s a memoir that’s written as a novel, with Adams always referring to himself as “Henry Adams” as if to make the person he was a different person from the person writing who shares that name. And Adams’s memoir is famously oblique: the things we’d like to know about (his wife, his emotional development) don’t feature at all. Adams presents an earlier version of Harvard as a finishing school for the sons of America’s patricians; the students are depicted as being docile and bovine (the southerners debilitatingly drunk). There’s little real detail about Adams’s college experience apart from his weird excitement at being chosen the class orator. The experience was something to be skated over, a failure among other educational failures in his life. Looking at the same place more than a century later, Batuman is taking an opposite approach; where she’ll end up, I’m not sure, though I am interested.