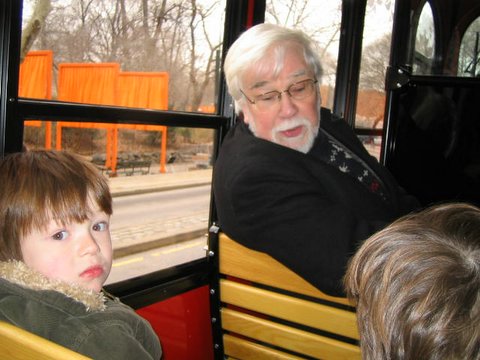 The below were mostly rescued from Google, 19 August 2005; somebody needed to do this. Needs more organization & updating. Compiled by Dan Visel, email dbvisel AT gmail.com. I am not, of course, William S. Wilson, just a friend.

4 February 2016: Bill Wilson passed away on Monday 1 February 2016. Like many others, I will miss him tremendously. I’ll gather notes and post them here as I find them or as people send them. His family’s announcement:

We are writing with the sad news that our father, Bill Wilson, died on Monday February 1st, 2016. He suffered a swift heart attack following cancer surgery. We were relieved that his daughter-in-law Mary was by his side at the time.

He is of course deeply missed by his family, including our spouses and partners—Mary, Stephanie Grant, and Aseel Sawalha—and Bill’s four grandchildren—Jackson, Alex, Augusta, and Josephine.

There will be a small, private memorial gathering for his family and friends, and we warmly invite you to join us there: Sunday, February 7th, 2016, from 4–6 pm in Reddens Funeral Home (325 West 14th Street, New York, 10014). Neither RSVP nor flowers are necessary.

Please know that other well-wishers will be invited to join us in a larger birthday celebration memorial in early April this year.

The first formal obituary is copied below and will be published in the New York Times this Friday and Sunday.

William S. Wilson, 83, beloved brother, father and grandfather, died in Manhattan on Monday, February 1, 2016 from cardiac arrest. Born in Baltimore, April 7, 1932, he was raised in Maryland, attended the University of Virginia for his B.A., and Yale University for his Ph.D. He taught college as a professor of English in Queens College, City University of New York from 1962 until his retirement in the early 1990s. While raising three children in Chelsea, he published a collection of short stories, Why I Don’t Write Like Franz Kafka (1975), and the novel Birthplace (1982). The son of assemblage artist May Wilson, he was deeply involved in the post-war New York art world, the subject of his numerous published essays. Survivors include his sister, Betty Jane Butler, children Katherine, Ara and Andrew and grandchildren Jack, Alex, Augusta and Josephine. In lieu of flowers, contributions may be offered in his honor to PBS public television or the High Line or the Baltimore Museum. A celebratory birthday memorial is planned for early April, 2016, in Manhattan.

A compilation of postings rescued from the Web, vaguely sorted.

11 thoughts on “William S. Wilson on the Internet”