are these ones from some college: 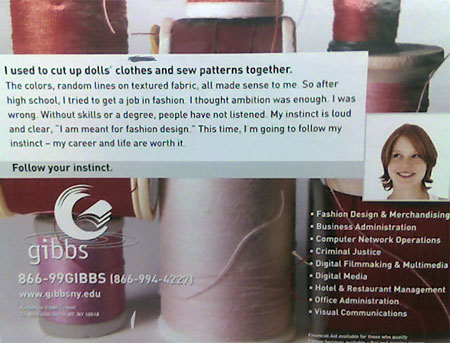 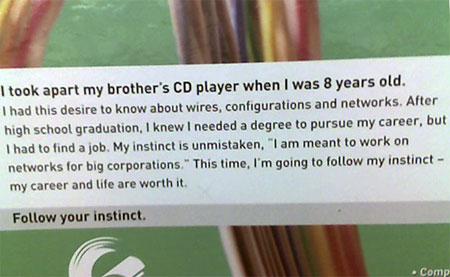 There’s something about the chains of logic evident in these little narratives that I love: the weird defeatism which reminds me so much of the little stories of Robert Walser, like this one:

A pretty woman loved a robber. She was rich, gave parties. Of him it can be supposed that he lived in a hut.

She wore loafers as well as high-heel shoes, and she thought well of him because he was brave, and fair match for hundreds. What an interesting affair.

She had a cage full of lions and tigers and tubs full of snakes. What had he got? Countless sins on his conscience. But at least he wasn’t dull. That decided it.

His overcoat was threadbare enough, it’s true, but she went about with unbelievable chic.

They met partly in the mountains, partly at the railway station. He consigned all his loot to her by bank draft.

Sometimes he’d visit her, and on such occasions he wore an impeccable suit. His behavior was always very polite.

He read Stendhal, she read Nietzsche. This is no place for explanations, even if requests come in for an entire year.

She never permitted intimacies. Their relations remained platonic, and rightly so, for otherwise she’d have lost his spirit of enterprise.

He was a Napoleon! And she? A Catherine the Great, perhaps? Not in the least.

She was the proprietor of a grocery who had three children, and our robber was a decent, reasonable young man, who was in love with the little woman, came into her little shop now and then and chatted with her.

The tigers and lions, the polished bootees, dazzling parties, the impeccable suits, the hundreds he was a fair match for, the relationship full of sacrifice, the whistlings, signals, and shaggy hair, are figures of fantasy.

The person who hatched them now glances at the dial and things it is time to get up from his desk and go for a little walk.