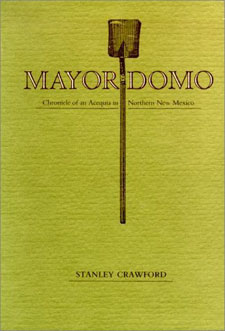 I came to Stanley Crawford through his fiction – Log of the S. S. The Mrs. Unguentine got a reissue from Dalkey Archive a few years back with an afterward by Ben Marcus, and there was a bit of attention. It’s an easy book to read, though one that will require re-reading; from there, I quickly went through Some Instructions, Gascoyne, and Travel Notes; his most recent, Petroleum Man is on a stack of things to be read. Gascoyne and Travel Notes feel like juvenilia compared to his later books; stylistically, they feel like Pynchon and Robert Kelly’s Cities, a writer trying out forms. In Log and Some Instructions, the novelist has found his subject: the relations between people. Though formally very different, both are about marriage and the unknowability of others. Crawford doesn’t present this as an endpoint, but as a position from which to think about the ethics of our interactions with others.

From this, it’s a small jump to his non-fiction: A Garlic Testament is his account of growing garlic in New Mexico, which seems to be his primary occupation; it is about growing garlic, and can be judged as such, but it’s also about the problem of how we live our lives. There’s a similarity to the two books that Gianfranco Baruchello and Henry Martin put out (How to Imagine and Why Duchamp) about Baruchello’s attempts to use Duchamp’s thoughts to run a farm: like Crawford’s books, these are meditations on the place of work in our lives, a subject that’s more and more interesting to me. Mayordomo: Chronicle of an Acequia in Northern New Mexico precedes A Garlic Testament. It’s a book about his time as the mayordomo of an irrigation ditch used by himself and the neighboring farmers in New Mexico. The givens are simple: there’s a certain amount of water in the ditch, which everyone needs; water use must thus be rationed, especially during the dry season. The ditch is community property: it must be maintained, which may require a fair amount of labor, which must be apportioned. The mayordomo is paid to keep the ditch in order. Not knowing a great deal about water law, I’m not sure if ditch councils are still in existence: writing in 1988, Crawford speculates that water rights adjudication is likely to massively overhaul how water is administered in the area. Probably western droughts and the massive influx of population into the Southwest has also changed things. But the value in this book isn’t so much in its documentary quality (though I’m sure some readers might find it important for that) or how it functions as a memoir (though it does that). Rather, it’s a study of how people organize and relate to each other, their work, and the world they share.

There’s a focus on the interactions of communities in this book: Crawford’s ditch shares water from a river with several other ditches, and in dry seasons negotiations with representatives of other ditches are necessary. These are associations of people rather than corporate bodies: those who share the water are small-time farmers, with a few acres of crops. It’s very much a version of the American dream, but one that’s not so blind to believe in self-sufficiency. The amount of water is limited; it needs to be shared. Ditch-sharing agreements, Crawford points out, extend well before New Mexico became a state; the acequia system of management came from Spain, a remnant of an earlier time:

There are few other civic institutions left in this country in which members have as much control over an important aspect of their lives; relatively autonomous, in theory democratic, the thousand acequias of New Mexico form a cultural web of almost microscopic strands and filaments that have held a culture and a landscape in place for hundreds of years.

(p. 176.) In its extended treatment of a subject that might not initially seem interesting, this is a book that forces the reader to slow down. Here, for example, Crawford talks about horses, which he’s just admitted that he doesn’t particularly care for:

There are a few old farmers still using horses up in the higher valleys where the internal combustion engine arrived a decade later than here. The horse has its advantages. Like you it tires with work, needs rest, food, water: your rhythms are similar. A tractor, a machine, invites you to work at a pace unnatural to the body, and while the machine does the work faster and better in some ways it is also designed with complex needs that seem like deep ulterior purposes to connect you to international fossil fuel and manufacturing conglomerates, banks, insurance companies; and its waste products, unlike a horse’s, are toxic and useless.

(p. 95.) When stated this way, Crawford’s point about rhythms of the horse and the machine seems obvious; and painfully applicable to our own lives. A rural Midwestern upbringing is more than enough to inoculate one against romanticizing agrarianism; but there’s something here that’s hard for me to ignore. Maybe it’s the cultural moment we’re in, where it’s hard to look forward to anything substantially improving; maybe it’s New York in a recessionary winter. Watching Paris Is Burning – filmed here while Crawford was minding his ditch in New Mexico – the other night suggested how much the city has changed in the past twenty years: there’s so much more wealth now, but people seem less alive, less attuned to each other. We spend more time in front of computers than we do in front of other people; I won’t argue that’s entirely bad, but one does wonder about how one ought to be living.

Technological mediation seems inescapable right now: correspondingly, maintaining a ditch seems much more interesting than it might have. Crawford, it should be pointed out, was not born to his ditch: born in California, he went to U. Chicago and the Sorbonne before spending time in Greece and moving to New Mexico; he’s acutely aware that he’s a latecomer to the land, but it’s his perspective as an outsider that finds the interest of the story. It’s strange, really, how little notice has been given to his work: no mention of him can be found in the Harper’s database, where one might think he’d fit. A longer piece by Verlyn Klinkenborg appeared in the New Yorker (21 September 1995, p. 125) on the occasion of the publication of A Garlic Testament. There have been a handful of appearances in the New York Times (most notably a generally disapproving review of Travel Notes by Stanley Elkin), but not since 1992. Maybe this lack of attention will change as the increasing importance of water as a social issue has been receiving a fair amount of careful attention recently: Joseph McElroy considers water and writing (his treatment of Crawford is probably the most thoughtful this book has received); and William Vollmann’s Imperial, a book that seems to have awakened reserves of resentment in the nation’s book reviewers, is deeply concerned with the ways in which water use affects communities, amidst the myriad other forces that shape the California-Mexico border. Both McElroy and Vollmann could be read profitably against Crawford.

One thought on “stanley crawford, “mayordomo””