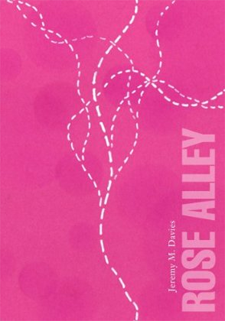 It’s a bit surprising to me how poorly Perec’s novels are read in this country. Everyone knows of A Void, at least by reputation, though few seem to have actually read it, or to have any idea of the reasons that Perec might have for using a lipogram in that book. There was a smattering of interest in the new edition of Life a User’s Manual, but one didn’t really sense that a lot of people were picking that up with the enthusiasm it deserves; it’s a book that people seem afraid of, which is unjust. One almost never hears anything about W, maybe because it was out of print in English for a while, though it’s an astonishingly powerful book. The book of Perec’s that one sees most often, around New York at least, is Species of Spaces, maybe because it was taken up by architects. But it’s hard to point to much recent American fiction (with the obvious exclusion of Harry Mathews) that bears the influence of Perec, which is odd: the short shelf of his work would seem to be a cookbook full of recipes for potential books.

This, however, is an extremely Perec-y novel, down to its index of locations, people, and works of art; I will admit that I am a sucker for a novel with an index. (Stanley Crawford has also played with that form, in Some Instructions, and of course there’s The Sinking of the Odradek Stadium.) The novel is based around a failed film shot in Paris in 1969; the film, also to be titled Rose Alley, after the spot in London where John Dryden was attacked in 1679 by thugs who may have been hired by the libertine John Wilmot, the Earl of Rochester, who was upset with Dryden’s verse.

This was a collection of miniatures, thirteen still lifes in thirteen continuous shots, ninety seconds in duration each. An elaborate system of eleven predetermined categories, subcategories, and corresponding lists of objects matching each classification – either likely, unlikely, invented, or inconceivable – was coauthored by Krause and Wexler. (p. 8)

The book has thirteen chapters, all but one based around a character associated with the film; while each chapter takes off from a character, there is no dialogue, and no sense that any action is happening in real time, and stories tend to go backwards (and occasionally forwards) in time. Each chapter is structured around a character, but not in the voice of the character. The reader has the feeling that there’s some logic structuring these episodes, but what, exactly, that logic might be is never entirely clear. One thinks, of course, of Raymond Roussel, who came up with this method of structuring a book (I presume it’s not an accident that “Rose Alley” sounds like “Roussel-y”; other echoes of Roussel can be found through the text) and his followers: there are echoes of the organization of Life a User’s Manual and especially Mathews’s Cigarettes. (Mathews blurbed the book; he also appears obliquely inside the book, when the screenwriter has a poem rejected by Locus Solus, the journal he edited with Ashbery, Koch, and Schuyler.

Chapter 12 is the work’s clinamen: titled “Poet Squab”, it tells the story of Dryden’s quarrel with Rochester through what seems to be collaged text. One function of the book’s index is here revealed: some sources can be gleaned from entries such as “Burnet, Gilbert, 151 (qtd.)“: text from Burnet’s Life of Rochester appears on that page, though Burnet’s name does not. The index also allows the reader to trace narratives through the book: Chapter 6 tells the story of Wilhelmina Princep, a name which hasn’t appeared in the book to that point. Turning to her entry in the index, however, the reader discovers that she’s made eight different appearances in the text under different names. This is a carefully constructed book, and one that demands re-reading.

An index begs the question of who’s constructing it: the shadowy narrator, one presumes, is the only one who might know all of Wilhelmina’s guises, and all of his textual borrowings. The first-person narrator appears in the first sentence of the book and disappears in the last; one might assume that he’s a film historian, tracing out what happened to Rose Alley. Curiously, in the first sentence, he declares that he’s never been to Paris. But we quickly forget the idea of the narrator as a real figure when we move into the minds of the characters themselves in his description of them; by the next paragraph, he’s deep inside of Evelyn Nevers’s head, describing how a saltcellar stands as an analogue for her lover Prosper Sforza in her mind. (One might find Duchamp in that saltcellar; maybe that’s a reach.) This narrator might be an overly presumptuous historian, trying to tie things together; there’s also the hint that the narrator might be the subject of the last chapter, the film’s director Selwyn Wexler. It’s Wexler, we’re told early on, who’s most interested in Dryden and Rochester; in the penultimate chapter, we’re finally given his project for the film:

Wexler’s idea was that the cast and crew would find out as much as they could about their characters and the background of the film. Read Rochester and Dryden. Writer their own dialogue. Even the ones who couldn’t speak English. Myrna would be unnecessary. Everyone would be unnecessary. There wouldn’t be any need for props or sets. Which they didn’t really have anyway. The only necessary thing would be an organizing intelligence. Wexler’s. And the camera. The characters would relate directly to this eye. They would make their own context. (p. 144)

The narrator, perhaps, might be the camera’s eye; the first sentence (and another sentence towards the end of the book, where the narrator says he’s only been to London once) might well be misdirection. In the final chapter, the narrator describes a succession of versions of Rose Alley, all unfinished; the twelfth is the film diaries of Wexler. The thirteenth, we are led to believe, is this book, which invites careful re-reading.