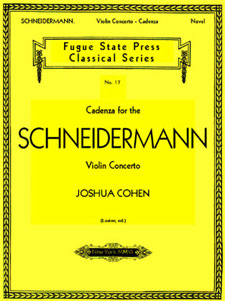 This book is a rant, one that goes on for 380 pages. It’s impossible, when discussing the rant as literature now, to escape the influence of Thomas Bernhard, who looms large in this book. The narrator of a much smaller book, William Gaddis’s Agapē Agape midrant on Bernhard’s Concrete addresses the problem of Bernhard:

Where the tissues, just get cold water on it stop the bleeding, you see? Scrape my wrist against this drawer corner tears the skin open blood all over the place it doesn’t hurt no, skin’s like parchment that’s the prednisone, turns the skin into dry old parchment tear it open with a feather that’s the prednisone, reach for a book reach for anything tear myself to pieces reaching for this book listen, you’ll see what I mean, opening page you’ll see what I mean, “From March to December” he says, “while I was having to take large quantities of prednisolone,” same thing as prednisone, “I assembled every possible book and article written by” you see what I mean? “and visited every possible and impossible library” this whole pile of books and papers here? “preparing myself with the most passionate seriousness for the task, which I had been dreading throughout the preceding winter, of writing” where am I here, yes, “a major work of impeccable scholarship. It had been my intention to devote the most careful study to all these books and articles and only then, having studied them with all the thoroughness the subject deserved, to begin writing my work, which I believed would leave far behind it and far beneath it everything else, both published and unpublished” you see what this is all about? “I had been planning it for ten years and had repeatedly failed to bring it to fruition,” but of course you don’t no, no that’s the whole point of it! It’s my opening page, he’s plagiarized my work right here in front of me before I’ve ever written it! (11–12)

The narrator of Concrete is of course writing on Mendelsohn; the narrator of Joshua Cohen’s book, a violin player named Laster, is speaking about a fictional composer named Schneidermann. (Prednisone, for what it’s worth, appears on p. 100 of Schneidermann.) One thinks past Agapē Agape to J R’s Edward Bast, another New York composer whose musical dreams keep getting shifted downwards by the world. Thematically, the Bernhard novel that leaps most quickly to mind is The Loser, a book about a talented musician friend misunderstood by the world, though stylistically this book is closer to Concrete. Laster, a violin player, has just played Schneidermann’s sole work, the titular violin concerto at Carnegie Hall; in lieu of the cadenza, he holds forth from the stage all night, a textual, rather than a musical, cadenza.

How does one escape the shadow of Bernhard? This doesn’t look like a Bernhard book: rather than a single long paragraph there are frequent breaks, often mid-sentence, which are given a triple indent. (A ragged right margin also makes this look slightly less like standard prose.) The indents seem to function as pauses for breath: most of these breaks appear mid-sentence, but the sentences run on and on, generally only reaching an end when they detour into rhetorical questions. Occasionally the indents move further in, an interesting choice for what is such an oral book: toward the end, when section breaks become more frequent, the margins shift more often, seeming less like prose and more like poetry. Though Bernhard’s books are deeply concerned with voice, they are not oral: they are written documents through and through, a writer attempting to explain something. Here, a speaker attempts to explain things; though there’s an exhortation to the audience at the beginning, we never hear from the audience, and one wonders, finally, if they exist at all. Carnegie Hall is, of course, available for rental: this might simply by a monomaniac’s indulgence.

One can’t help wondering, in a book like this, about the audience. The book takes as its subject the artist unjustly ignored; as a novel, it’s positioning itself similarly, in the tradition not only of Bernhard but also of Stanley Elkin, whose voices I can hear in this. Allusions to Henry Roth and perhaps J R also appear. I think also of Evan Dara’s two books, the first-person narration of which has a similar feel, though in those the perspective shifts seemlessly between characters; there’s no escape from Laster’s vice-like grip in this book. And the audience comes into play as well because the question of the survival of High Art – in the form of the classical tradition in music – is an immense part of the book. There’s a decided similarity in tone, if not in form, to the later David Markson novels, which stack up trivia about artists, ostensibly against oblivion. Schneidermann implicitly parallels the classical tradition to the survival of the Jews: it’s hard to know what to feel about that. The reader of this book is Cohen’s audience as much as the possibly non-existent audience in Carnegie Hall is Laster’s; one struggles to find a place to listen appreciatively while suspecting a certain amount of contempt. Maybe it’s not contempt: maybe it’s simply that the audience is by and large ignored. I wonder about that. I wonder as well about the narrative voice, which is, among other things, unlikeable: in an age when any other book is nearly instantly accessible, I wonder about the readers who have the temerity to persevere with such a voice. The audience is being challenged; Laster’s audience in the book don’t see fit to take up his challenge.

Writing about classical music in New York in 2007 is necessarily different from writing about classical music in Vienna when Bernhard was alive. I wonder, as well, about a young writer taking up an old man’s voice: while it works surprisingly well, it’s hard for the reader to get around the knowledge that this is very much an imagined past. (This might be the source of the repeated references to Thomas Taylor’s Hymns of Orpheus, which float behind this book.)

A parallel might be drawn between Schneidermann and James McCourt’s under-appreciated Now Voyagers, though that book was created under the shadow of Joyce rather than Bernhard and took as its subjects gays and the opera world in New York in the wake of AIDS rather than Jews and the symphonic after the Holocaust. The two books are constructed entirely differently: and McCourt’s is the work of an old man rather than a young one. But both attempt to reconstruct a world against oblivion; and neither of these books seems to have found its audience yet.

2 thoughts on “joshua cohen, “cadenza for the schneidermann violin concerto””