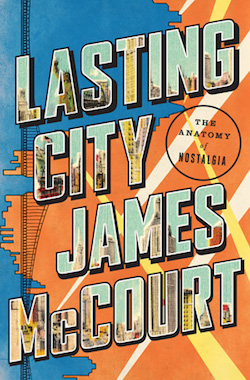 Reading Infinite Jest when I was eighteen was a revelatory experience, in part because it was the first time that I’d read a book that took place in a geography that I could recognize. Wallace’s Boston overlapped with my Boston; not perfectly, but enough. That this would have seemed surprising was the result of growing up in a town that no one would ever bother to describe: realizing that the world in a book could overlap with the world outside of a book took a while. This isn’t a new discovery – this is basically what powers the plot in the second half of Don Quixote – but it is something that each reader must negotiate individually. It’s something that I haven’t fully made my peace with yet: certainly on some level I still tend to think less of fiction that draws too much on the real world. In part this might be because of early experiences with books that seemed more powerful because they had no connection with the world in which I lived: one ascribes power to imagined originality.

And this impulse extends outside of the world of fiction: fresh out of college, I found myself naively incredulous that a critic was writing about artists that he’d been friends with before their deaths. How, I wondered, could one possibly be objective in such a situation? My ideal critic would have been outside of the world of artists entirely. (This would have been personally possible, I’ll note, if I’d stayed in the rural Midwest, but even at that point I’d made my choice; perhaps I was second-guessing myself.) I’m not saying that personality-based criticism is the correct route to take: writing, criticism or not, that includes the author is almost always worse than criticism that rigorously excludes the first person. Metafiction is a similar example: it’s almost always terrible. But every once in a while it works and it’s terrific.

Which brings me to James McCourt and Lasting City, a memoir written by someone I’ve met about a city that I’ve left. It’s a strange book, not least because of how similar it is to his fiction which depicts worlds with a thoroughness that leads one to suspect that it might be history with the names changed. There’s a James McCourt here, and a family around him whose existence seems certain, but one wonders about some of the narrator’s interlocutors, too perfect to be true. McCourt is a storyteller first and foremost; and the question of fact or fiction is secondary to whether the story works.

An element of fiction is obvious in this, as in any memoir: McCourt wasn’t taking transcripts of conversations when he was a kid. After reading his fiction, it’s impossible not to hear the recounted conversations as sounding like James McCourt dialogue. But perhaps the opposite is true? McCourt explains:

The falsity (and the art) in all such reminiscence lies in the arrangement for the reader of a sequence of memories, keying such a sequence into the more-or-less attested and authenticated historical narration through which it is generally held he comes to grip with the saga. To begin a life with the beginning of a life is an inconclusive beginning, what with what’s known, has been known since the beginning: that there is no beginning, that the measuring of time from the six days of creation on is only now and ever was a palliative fiction. If time is the measure of change and outcome, the unconscious, tolerating neither of these things, is timeless. (p. 180)

An example. McCourt’s narrator – one wonders how wise it is to conflate him with McCourt – early in the book claims to have gone to school with Rudolph Giuliani and posits, in considerably colorful language, that the problem with him stemmed from his poor early choice in opera divas. Certainly it would be possible to verify whether McCourt and Giuliani went to school together, and perhaps whether Giuliani was a devotee of Renata Tebaldi. Someone with more knowledge of opera history than I have could judge whether love of Tebaldi was a signifier of jingoistic ethnic consciousness; but to find in this detail, real or imaginary, the seeds of smallmindedness that would later bear vigorous fruit in the city is the work of an artist, making the young Giuliani seem more interesting than he probably was. Giuliani was a buffoon at best, and history will probably think even worse of him than McCourt does. But this anecdote, regardless of its truth, manages to beatify him, returning him to the point where he could, conceivably, have not screwed it up.

And yet I find myself most taken by the minor details. McCourt grew up in Jackson Heights, the neighborhood in Queens I recently left. It’s odd to find myself so familiar with the geography he describes: the neighborhood has remade itself several times over since he lived there, though some of the ancient Irish ladies he describes are still wandering the streets making racist comments. But his characters give directions to taxi drivers identical to the ones I did many times: it’s a perfectly observed detail that resonates for me though I can’t imagine that it will for most of the potential readers of this book, most of whom have never had to give instructions about the Queensborough Bridge. That he gets this so right, however, impacts what I think about the book, which is by and large describing worlds I know very little of, in large part because they’re vanished like McCourt’s childhood: I can say very little of the gay opera world that once existed in New York. Most people can’t. But McCourt is able to make it solidly alive: if it didn’t exist, maybe it should have.

It’s hard to ascribe a strict chronology to Lasting City – as in Tristram Shandy, he only gets around to being born halfway through the book – but it focuses on McCourt’s childhood: one hopes for more, as one hopes for the promised sequel to Now Voyagers.