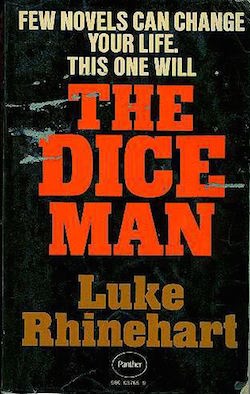 I suspect there’s a general perception that metafiction is the province of the snobbish, starting in English with Tristram Shandy, though a great deal of fun, is one of those books that’s probably always been more talked about than read. (Don Quixote would probably have been an earlier exception, albeit not in English; but today, it’s so rarely read that most readers aren’t aware how metafictional it is.) John Barth, twentieth century American lit’s most prominent metafictionalist, hasn’t aged very well. Italo Calvino’s If on a Winter’s Night a Traveler is unfairly put on a pedestal and most people don’t notice that they’re incorrectly aping Italian capitalization rules for the title, supposing it to be inherent to the text somehow. Metafiction belongs to the reading elite who, having nothing better to do, can treasure its idiosyncrasies.

This isn’t entirely unfair: a great many bad books are written expressly for smart people. But there’s also plenty of metafiction in works that are aimed squarely at the general public. Take, for instance, the case of Ellery Queen, who was not only credited as the author but was also the protagonist of his own books, the back covers of which often showed two men who were officially Ellery Queen, Frederic Dannay and Manfred Lee, who were not actually born with those names; often those two men farmed the writing of the books off to others, including Avram Davidson and Theodore Sturgeon. No one reading Ellery Queen books thought they were the actual narratives of a detective named Ellery Queen; many, if not most, must have known that Ellery Queen the author did not exist. But: suspension of disbelief.

Which brings me to this book, which isn’t a particularly good book, but is interestingly tangled up in metafiction, more than one might assume for what’s squarely mass-market fiction. This starts with the name on the cover, which the reader realizes, very quickly, is the same as that of the protagonist and not someone who ever existed. (The copyright page, at least in the edition I read, assigns the copyright to one George Cockcroft, otherwise not mentioned.) There are epigraphs from what were clearly fictional books – they are, we learn, written by the protagonist of the book – though one learns from a quick search on the web that books by those names, by the same Luke Rhinehard, exist, though published after this one.

What one needs to know about this book is fairly simple. The protagonist, a fairly successful, if blocked, psychiatrist, realizes that he can access hidden areas of his own personality and become a more complete person if he outsources his decision making to a die, assigning random actions to each possible outcome and always following through on what he’s ordered to do by the die. He starts using this as therapy, converts other to his belief system, and eventually becomes a fairly successful cult leader, brought down, inevitably, by the government. The book is narrated largely in the first person, with third-person interludes, which are mostly explained. The book is probably twice as long as it needs to be; there’s a great deal of the sort of casual sexism and racism that you find in a lot of work from the 1960s and 1970s by well-meaning straight liberal male authors. It’s not an especially good book.

It does, however, pretensions. One suspects that the author’s thought about John Cage and his aleatory methods, and there’s a fair amount of attention paid to what one can hear in silence; perhaps this just the ambient Zen floating around in the sixties. There’s a passage which fairly nicely pastiches Finnegans Wake. In Chapter 91 we learn how the book came to be written:

Two subsequent dice decisions soon determined that I was to complete sometime during the year ‘an autobiography of exactly 200,000 words’ (so I’ve had this stupid thing barging in on my days most of the year) and that I worked on other Die-selected work when appropriate (namely when the Die and I felt like it).

This is perhaps why the book ends in mid-sentence, the author having ostensibly hit 200,000 words. The text of The Dice Man, as far as I can tell, is closer to 135,000 words than to 200,000 – maybe the protagonist’s reckoning doesn’t account for the ministrations of editors?

What’s perhaps most confusing about this book to me is figuring out how seriously it’s meant to be taken. A good percentage of the characters are psychiatrists; enough attention is paid for the reader to think that a serious critique of psychiatry is intended. This is complicated extratextually: the protagonist of the novel, Luke Rhinehart has also written what seems to be a self-help book on the uses of chance (a book by the same name is quoted in the novel) as well as what seems to be an officially approved introduction to Werner Erhard’s – another pseudonym – est therapy, The Book of est. It’s hard to know how to read this: perhaps this book falls into the same category of those of Carlos Castenada.

One can, however, assess how well The Dice Man makes a case for chance as a practical philosophy, if that’s what, as it appears, it’s trying to do: rather poorly. Chance isn’t a particularly good motivator for plot: the choices that the dice makes in the book aren’t coincidentally those that are best for the plot. Everyone in the book using the dice has a fine time; those who don’t are hopelessly square. Sure, some people go insane, but they would have gone insane anyway. The problem here might be that the narrator isn’t unreliable enough: he grips the text inside and out like a vice, and it’s impossible to second-guess him. The effect ends up being having your head battered by someone who would like to tell you what’s best for you; it’s worse because he’s in impossibly good-humored about it. I don’t find the idea he’s trying to get across unsympathetic: but John Cage does a better job of it. Perhaps extolling the virtue of chance isn’t something that fiction can do?

One thought on “luke rhinehart, “the dice man””