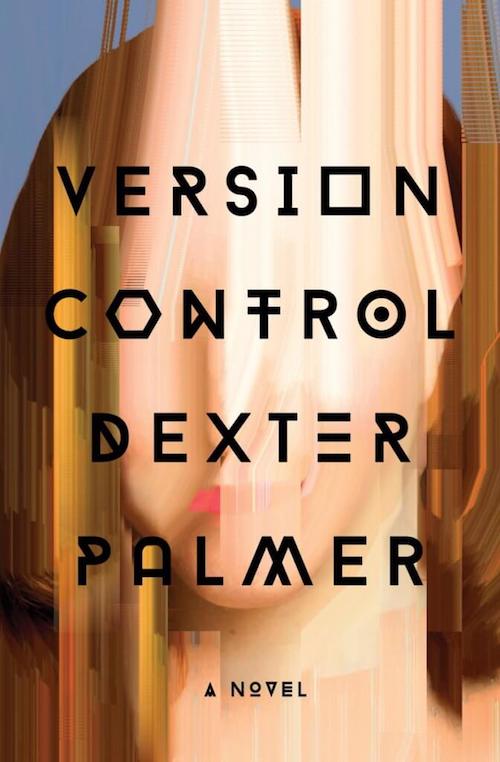 I am probably not the person who should be reviewing this book, which is a time travel novel: I’m not especially familiar with how the trope has been used historically in the novel and elsewhere (my science-fiction reading has been nothing if not scattershot), and I’m certain that I’m oblivious to many of this novel’s engagements with past work in the field. It’s abundantly clear that Dexter Palmer is well-versed in the subject, and the reader who isn’t as well-informed is going to be missing parts of Version Control, maybe too much to have a full critical sense of what’s going on in the novel. With that caveat, I’ll continue: it’s an interesting book even for an amateur to think about, and I sense that it’s a book that deserves more critical reading than it’s received.

At the heart of this book, as the title suggests, is a consideration of different models of version control. This is important for understanding what’s going on here – and what’s interesting in the book as a whole. The characters distinguish between two forms. First, fork and merge, where different people can work on different chunks of code at the same time; the inevitable conflicts need to be manually sorted out. Second, lock, checkout, unlock: only one person can be working on the code at a particular time. The first is what is most commonly used when more than one person is involved in creation (this is the method that underlies things like Github); the second quickly becomes a pain and slows development.

In the novel, a government figure – who functions as a deus ex machina in this book – insists that a condition for the government funding the time machine the physicists are working on is that they use lock/check-out/unlock. This restriction is seemingly arbitrary; the characters are unhappy about this, but attempt to deal with this forced linearization of their project. This is also key to how Palmer’s concept of time travel differs from most others: in this version, if a person goes back to a moment in their own past, there would not be two people running around, but only a single one. The possibility of time travel here is frustrating (consciously changing the past is out of the question), though perhaps more useful as a thought device.

The government figure’s name is Cheever. This could be read as a reference to John Cheever; at a slight stretch, one could also point to Edward Arlington Robinson’s “Miniver Cheevy,” a drunken man consumed with the past. (An unseen associate who turns up later goes by Sidney, perhaps a reference to the author of the Faerie Queen.) Cheever the character might be better understood as a man behind the curtain pulling the strings of the plot – in a sense, he’s a stand-in for the author, a slight intrusion of metafiction. Without him, there is no time machine; without him, there is no book.

A central condition of prose as we generally understand it is linearity: one word follows another, building up to form sentences, paragraphs, chapters, books. The reader is forced into linearity: we read words in sequence, building a picture of a world out of that sequence. This constraint of time is more pronounced when you look at how a plot in a book happens as opposed to how a plot in a video game might happen: there the narrative might be different every time the game is played. (One Dickian touch in the book is a CGI President, who says different things to different people simultaneously: he is all things to all people, but has no being as a person who lives a life from birth to death.) Version Control is committed to linearity, even in its model of time travel: the book doesn’t exist in a multiverse of possibilities but in a single line through time. The characters are full of regret: but they can’t go back in time to fix things, only to mindlessly change things.

This isn’t exactly to say that Version Control is straightforward. The reader reads Version Control linearly: but at certain points, one flips back to previous points and re-reads, understanding differently. A dinner party early in the book ends badly; the next day, two characters talk about what happen, and it is directly revealed that one of the characters is black. Reading the scene a second time with that added knowledge, the scene becomes uncomfortably racist; the reader may be uncomfortably confronted with his own assumptions.

The reader, then, has more control than the characters do. But the reader is also consciously stepping into a constructed environment. The reader understands that certain devices that appear early in the book are Chekhov’s guns, and that the plot will have to get to a point where they can be used. (Can one have a time travel novel where the time travel device doesn’t work? I imagine this has been done, but as I’ve said, I’m not as familiar with the genre as I might be.) It’s not incidental that a minor character is a Unitarian minister, agonizing over the minimal possibilities for God’s intervention in the world.

A better-read reader than I would draw more from this book. I was reminded of both of Shane Carruth’s movies – the second perhaps more than the first, though the first is more apropos – and Philip K. Dick (probably inevitable, more for the slightly dystopian universe created here than for the ways that time travel tends to play out in his novels). There’s a certain similarity with Orlando: the sense of continuity across time through biography. Towards the end of the book, a character is reading Ulysses: it seems pointed that the character is not reading Finnegans Wake, with its Viconian cycles, a very different model of the world than is presented here. But maybe the best way to think of this book might be as an exegesis of Mulholland Drive: the narrative splits in the middle; the second half is a variation of the first.