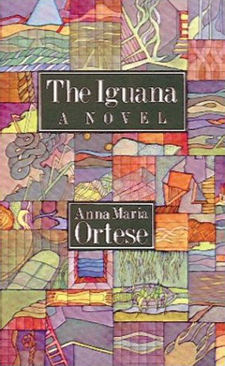 When I was young, I had a great love of books that eschewed realism: the predictable science fiction in junior high, followed by Kafka, Vonnegut, Borges, and García Márquez in high school. The reasons behind this aren’t particularly hard to ferret out: when you’re growing up in an environment as dreadfully prosaic and generally deprived of stimuli as the rural Midwest was then, any offer of escape is tempting. It’s exciting when Gregor Samsa wakes up and finds himself turned into a beetle when you’ve woken up thousands of times and that never happens: the pull is that something different might be possible. Dalí’s soft watches, Redon’s floating heads, Magritte’s flaming tubas were attractive because they weren’t what you saw in the boring world. Baudelaire’s “Anywhere out of the World” might be a credo for this sort of thinking. This wasn’t, of course, the only reason that I found value in those writers or artists; but it was a not insignificant part. And in part this was a reactive impulse: narratives in which anything could happen were more entertaining than the Dickens or Hawthorne we were presented in class as examples of serious literature.

As time went on, I found myself less drawn to this sort of writing: re-reading Moby-Dick in college, I finally realized it wasn’t a book about hunting a whale; re-reading Ulysses, I finally understood that style could be as interesting that what you were taking about, no matter how boring it might appear. The world became interesting in its own right. And with this turn came the thinking that the fantastic was a little cheap, perhaps lazy: a crutch to be inserted when the regular story wasn’t interesting enough on its own. Inventiveness became less valuable than ability. There’s nothing to stop a writer who’s broken the bounds of the ordinary world from continuing to do so, deflating all tension. If you’ve decided that angels are going to float around your hospital, there’s not really anything to stop them from winding up your plot for you. Constraint of some sort is necessary. Kafka still works because the one moment of strangeness he inserts becomes the absent center of his story; The Metamorphosis isn’t about insects.

I don’t know that this is a general principle of my reading; but when there are more books to be read than I can feasibly read, it’s a useful principle for pruning. I don’t think there’s any sort of dichotomy between the realistic and the fantastic, and I’m not by any means attempting to mount a defense of realism, whatever that might be construed as. But all of this brings me to Anna Maria Ortese’s The Iguana, which has ignominiously sat on my shelves along with two volumes of short stories since I bought them from a McPherson booth at a book fair a few years ago. Henry Martin is a fantastic translator & the co-author, with Gianfranco Baruchello, of two of my favorite books, and McPherson’s taste is next to impeccable; I have, really, no excuse for taking so long to read this. Better late than never, I suppose.

From the beginning of this book, the reader is unsettled. The book is written in the style of a fairy tale; an immensely wealthy Count, sometimes Aleardo, sometimes Daddo, lives with his mother in Milan. Technology is absent; the date is difficult to pin down, though there’s criticism of the Milanese (too property-oriented, too in love with business) that comes from a recognizably southern Italian perspective. One assumes that because of the persistence of nobility, we are sometime before the creation of the Italian Republic in 1946, maybe the late nineteenth century; but one also remembers that Italian nobility does persist, though it’s no longer legally recognized. That we are in the present becomes apparent in a description of Daddo’s best friend:

[Daddo] had not yet married, and had no marital intentions, even in spite of the pressures of his mother the Countess, who had already paid visits to several prominent Swiss families. He felt marriage would have limited him, yet one couldn’t say how. He led the simplest life conceivably, the almost monotonous life of a monk. He spun out his days in the studio, drawing houses like a child, and his sole evening amusement was the company of Boro Adelchi, a young publisher of the nouvelle vague, extremely ambitious, but with still garbled finances. We’ll add, parenthetically, that Daddo was careful to keep mother in the dark about constantly backing his friend with notable amounts of cash. (p. 3)

Adelchi seems to be created in the mode of Giangiacomo Feltrinelli, discoverer of Doctor Zhivago and The Leopard; The Iguana was published seven years before Feltrinelli wound up dead, but Adelchi’s desires to publish the new (which he hopes that Daddo can discover in his travels) are very much in his form:

Here we have to offer a few words about a strange confusion that dominated Lombard culture at the time, thereby setting the tone of publishing – a confusion concerning the character of oppression and consequent revolt. Perhaps attempting to polemicize against the menaces of Marxist ideology, the Milanese saw oppression and revolt as no more than a question of feelings and the right to express them, forgetting that not even feelings survive – neither feelings nor any desire to express them – when people have no money (given the world’s time-honored conventions), or where money can buy everything, or where penury cohabits with great ignorance. Briefly put, the Milanese were persuaded that some world of oppression had something to say, whereas the oppressed don’t even exist, or can’t, at least, have any awareness of being oppressed when their condition is authentic and a legacy from a distant past. The only thing left is the oppressor, who likewise has no knowledge of what he is, even while sometimes, out of habit, aping the stances and behavior that would legitimately befit his victim, if any such victim had escaped extinction. But these of course are sophistries that could never have assuaged the publishers’ hunger for things with which to whet the public’s languid appetite. Such arguments slow the rhythms of production. But to turn the issue upside down – an issue very fashionable at the time – and to see oppression in frankly traditional and therefore reassuring terms, gave a fool-proof guarantee of approval, excitement, good will, and finally sales, coming again full circle to much-loved money. (pp. 4–5)

This lengthy excerpt presages, in certain terms, what will happen in the book. Daddo sails from Genoa out of the Mediterranean, in hopes of finding islands to buy for his mother and narratives to buy for Adelchi to publish. Somewhere off the coast of Portugal he finds the unmapped island of Ocaña. (An otherwise useful online biography of Ortese – embarrassingly, the English Wikipedia lacks a page on her – explains that “Ocaña” is the name used by Stevenson in Treasure Island, which doesn’t seem to be the case: an Italian translation of that book used “l’Isola dello Scheletro,” a straightforward version of “Skeleton Island.” There’s an Ocaña in Colombia, and an Ocaña in the middle of Spain – site of the Battle of Ocaña in the peninsular war – but neither of those seem to have anything to do with Ortese’s narrative.) Ocaña is inhabited by impoverished Portuguese gentry; conveniently, Don Ilario has both poetry that might be published, and it seems possible that Daddo might be able to convince him to sell his island. Again to quote from the beginning of the book, Daddo suggests to Adelchi what he might want:

“What you need are the confessions of some madman, how about the story of a madman in love with an iguana?” came Daddo’s playful reply, and who knows how such a thing managed to enter his head? In fact he quickly turned silent and felt ashamed of himself for making fun of illness and the innocent lives of animals. Like so many Lombards, he felt enormous compassion for both, despite never having had anything to do with them. (pp. 3–4)

This is, of course, exactly what ends up happening in the book. Don Ilario and his half-brothers have as their servant an iguana named Estrellita, whom they pay with rocks as they maintain that she is not human. Daddo sees this injustice and wants to relieve it; he falls in love with the iguana, who remains in thrall to Don Ilario. Complications ensue; theology comes into play; a bunch of people arrive who shouldn’t be there, and it appears that machinations have been set in place for Don Ilario to regain his fortune by marrying an American, a scheme which the existence of the iguana will foil. This builds and builds to a feverish pitch; a few chapters before the end of the book we learn that Daddo, from whose perspective the book has been narrated, has gone mad and has been imagining an old peasant woman to be an iguana; he dies, his mother cleans everything up, and the narrative is brought to a close.

What is this book about then? It’s not about the etiology of madness; Daddo’s madness is his fundamental approach to the world, which is wrong and untenable. Daddo has tried to live justly; his view of the world as something that can be bought makes that impossible and causes him to break down. Ortese presents Daddo sympathetically, which is what makes this book so haunting; but it is always clear that her sympathies are elsewhere, in a harder-edged world.

“Anyone whom God has given a fate of continuous encounters with Evil has been dealt a terrible blow, though Catholics, of course, don’t make the best example. For Catholics, Evil lies finally and exclusively in the absence of the Pleasures, whereas Protestants furnish a truer measure of the portent of really believing in the Devil, sometimes hanging him by the neck, sometimes cutting off his head, sometimes burning his body with billions of fiery sparks on a modernly invented chair. So, a terrible destiny has been allotted to people who have been thrown by God or their own ambitions (this is not yet clear) into continual conflict with perversity. But have you ever given a thought to the desperate plight of Perversity or Wickedness itself, deprived for virtually mathematical reasons of all possible struggle with itself, or of flight from itself, and therefore condemned to the constant horror of its own desperate presence, this presence being nothing other than itself? No, that’s something you have never thought about.”