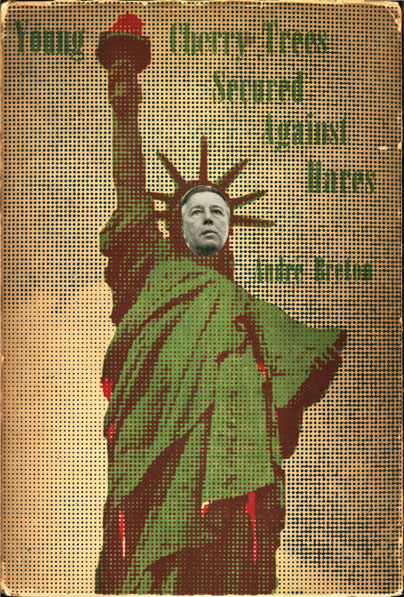 The cover of the first American edition of Michel Butor’s Mobile (1963), designed by Janet Halverson:

(I would have a better image of that, but there doesn’t seem to be one on the Internet and thieves stole the scanner cable, so the phone & Photoshop will have to do. Alas.)

One would imagine that someone would have similarly made a splendid cover for Kafka’s Amerika of the Statue of Liberty holding a sword aloft, but the closest one I can find is the New Directions cover by Gilda Kuhlman:

But the best cover for Amerika that I could find is the poster for this French theatrical version of the novel, which captures more of the novel’s spirit: 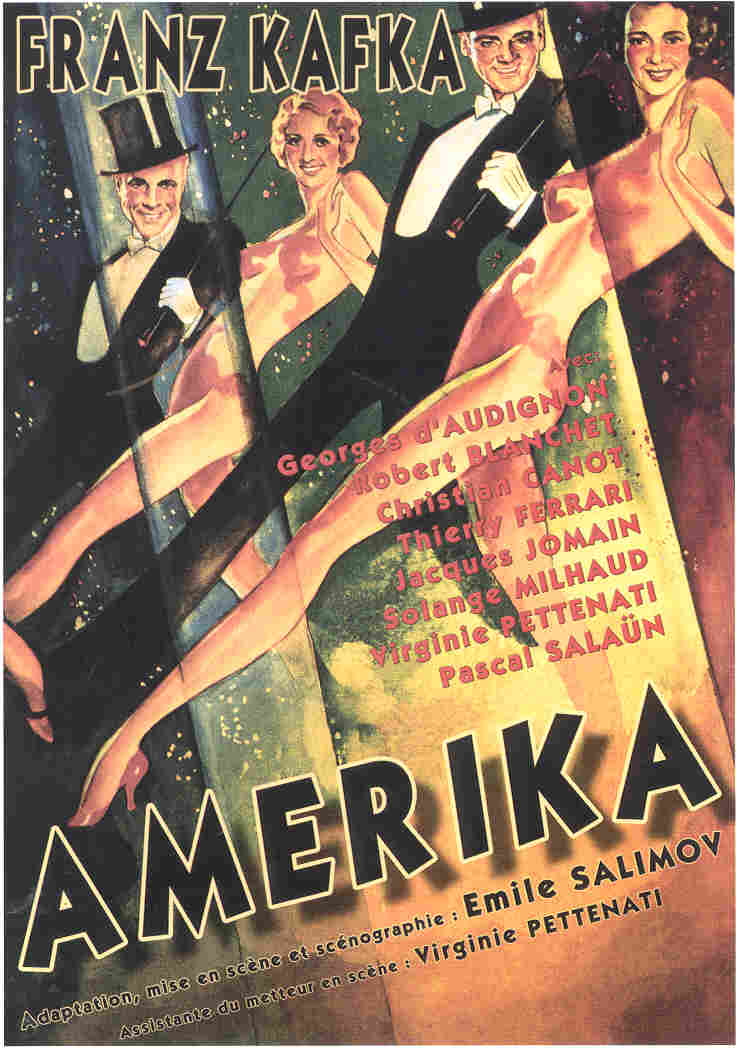