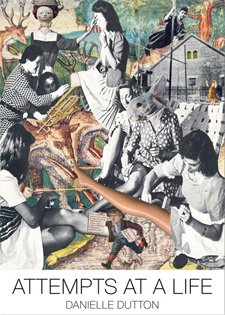 The first story in this book, “Jane Eyre,” effectively rewrites that novel as if it had been written by Robert Walser, with the short sentences, friendly appeal to the reader, and self-abasement of his narrators. It’s an exercise in compression: 400 pages become five and a half. Brontë’s book is rendered strange and unfamiliar. One realizes that the opposite process could be applied, and Walser’s short stories could be stretched out to become novels: but a good deal of Walser’s charm comes from his compression: The Assistant and especially The Tanners suffer in comparison to the magic of his shorter works. From the first paragraph, covering the first few chapters of the novel:

I read a lot early in life, and seriously craved love, but was accused of being a liar by my own family and set away to learn to sell my soul to the Lord, and also to knit. Abandoned at school, I befriended an extraordinary girl who soon died like a martyr in a series of consumptive fits. Small but a natural watcher, I lived on through that season of death to learn to speak French and to draw. (p. 3)

This is very funny, of course (the dangling “and also to knit” threatening to tip over the sentence); but the Jane Eyre narrating this story is a very different person from the one who narrates the novel, who couldn’t be imagined telling her story in this way. This much compression implies distance – be it ironic or damaged – a comprehension of one’s life as a written thing. It’s not by accident that one of the few details of Jane Eyre’s early life given above is how much she read: these are bookish pieces, as one might expect from a story rewriting a novel in the voice of another writer. A section named “Some Sources” at the end suggests that Robert Duncan’s “An African Elegy” feeds into “Jane Eyre”; the lines quoted in the poem describe Virginia Woolf, who isn’t mentioned directly in the notes. This is a story, one senses, about the way in which a life can be told; this comes through in the content of the story (a canonical story about the subjection of a woman) but more strongly through the style of the story, in the way that it scrutinizes how women write and are written about.

An argument could be made that these pieces are prose poetry, but there’s an emphasis on narrative that isn’t usually stressed so much in prose poetry. But like prose poetry (I’m thinking of Mallarmé), this is a firmly written language: they couldn’t really exist in spoken form, because they have to exist on the page. This comes out most clearly in the centerpiece of the book, “Everybody’s Autobiography, or Nine Attempts at a Life.” The title, of course, is from Gertrude Stein’s second autobiography, the first that she wrote in her own voice: rather than assuming Alice Toklas’s voice, she became everybody. In this piece there are nine short sections (several only a paragraph long), each with a first-person narrator explaining, in a different way, their life. The notes in the back suggest that it uses material from Jerome Rothenberg anthology of Modernist artists and poets Revolution of the Word, and it seems like the text was collaged from their biographies and works: though nothing quite adds up, and there’s the feeling that the reader is listening to Modernist ghosts reciting their lives. The language is familiar, but strange: the ninth section starts “I was born circa 1877 in Pennsylvania, and died in 1949” (p. 32); the narrator of the fifth, born in Mexico City in 1946, travels to Europe in 1972 and meets a woman who kills herself in 1950.

The language here is interesting: one can’t really say that one was born “circa 1877” (“circa” itself being the sort of word one finds in print more often than one hears it), or narrate stories with paradoxical holes in their plots with the assumption that a listener will believe. One can’t say “I died” because that’s a lie: if the speaker had died, he couldn’t be speaking. There has to be a suspension of disbelief. One could say it, maybe in the context of a play as there’s a suspension of disbelief inherent in the theater, but even there it doesn’t work: the audience would perceive the character as lying. There’s not quite the same convention of realism – we know that what’s happening before us is, in at least one sense, fake, being performed by actors who are not characters. Shakespeare, it’s worth noting, doesn’t show us sixteenth-century England directly. There’s a scene in de Chirico’s novel Hebdomeros where a play is being performed; a fight breaks out, and the viewers are confused as to whether it’s a real fight, the same conundrum that opens Joseph McElroy’s Actress in the House.

On the page, however, “I died” can be said: it’s a received convention of fiction that we can be spoken to by dead people. We accept the characters of a nineteenth-century novel behaving in a way that seems nonsensical because there is that suspension of disbelief: we’re willing to admit the possibility that the contemporaries of the novelist did behave that way. (A historical novel presents something very different, of course.) And in a sense, of course, books are the way dead people talk to us: a dead person can’t write, but someone who wrote can be dead. This is fantastically strange, but we tend to take it for granted.

It’s to Dutton’s credit that she gets at this: not hitting the reader over the head with it, but suggesting. That’s how, in a way, the sources in the back of this little book function: none really gives away what’s going on in the story they ostensibly inform, but they send the reader off to other books. This is a book with a perfect epigraph, from Gertrude Stein’s Lectures in America:

4 thoughts on “danielle dutton, “attempts at a life””